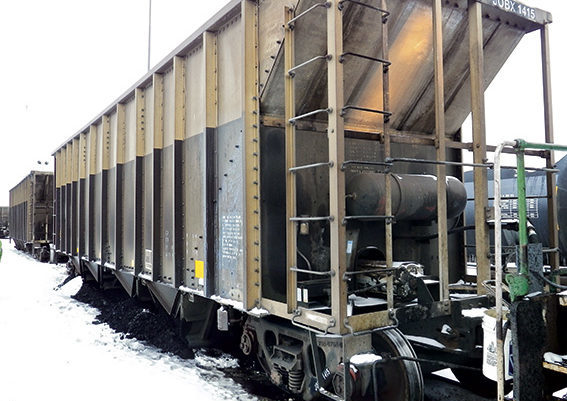 By Darell LutherAugust 25, 2021No Comments

The weather outside is frightful, let it… And the song goes on about snow, snow and more snow.  Back when I was a grain marketing rail rate maker on the Burlington Northern (before they added the SF) we’d watch the weather all year long.  In our case we were more interested in what the crops in Canada and Brazil were doing to the supply and demand balance of U.S. crops such as oats and soybeans and the weathers’ effect on the wheat crop in Russia to get a feel for world wide grain price expectations.

Railroads work with each on the operations side of the house much better than in any other rail segment.  To keep a fluid transportation system going it’s of absolute necessity to make an operating process work for two or more rail carriers when the weather outside is frightful.  It’s really difficult to crack down on what trains can and cannot be routed over a competitors track when the situation will change and you’ll be the one at some point requesting the reroute.  The weather drives most of these alternative routing actions.  The alternative routing may require a competitive railroad to take trains from the competing railroad so that commerce can continue to move forward.  Albeit the competing railroads traffic won’t get an equal share of the track and time it will get enough as to be significant to the impacted railroads train movements.

This past year we’ve seen all sorts of weather phenomenon.  We’ve had drought and excessive heat indexes in the west, flooding in the east and mid-west, fires covering extensive miles of grasslands and forest in the pacific northwest, rocky mountain states and California and smoke across wide swaths of the country.  All these weather events impact our rail transportation systems causing railcars (shippers commodity transport) to go way out of route on the original rail carrier, to be routed by a completely non-standard route over competing railroads or possibly a series of shortline and regional railroads or without option to set for extended periods of time.  The local weather isn’t necessarily the most import when you consider rail freight averages between 600 to 1000 plus miles depending on the commodity.  The weather along the route may have impacted the shipments movements without a customer being aware of such an impact.

I haven’t become nor do I care to be a weather man! In times like these where there are so many weather marvels watching the weather forecast across your railcars route is an important data point for transportation professionals.

Each quarter we send to our prospective and current customers our newsletter, Class I and AAR updates, and railcar listings.